By the last Impressionist exhibition in 1886, a number of artists were seeking a shift in focus. Key amongst these were Paul Cezanne, Georges Seurat Vincent Van Gogh and Paul Gaugin.

Some felt that the Impressionists had allowed their preoccupations with technique and the effects of natural light to overshadow the importance of subject matter. (You can see examples of Impressionist works below and read more about Impressionist artists in earlier blogs.) 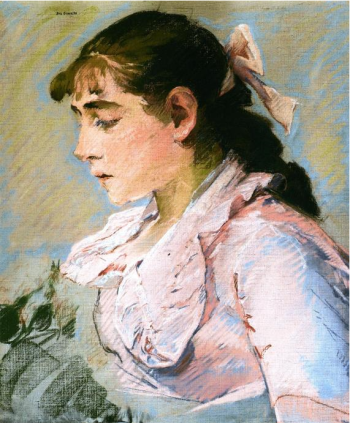 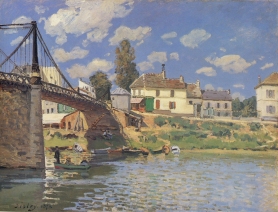 These artists developed independent styles for expressing emotions rather than simply painting optical impressions, concentrating on themes of deeper symbolism.

Through the use of simplified colours and definitive forms, their art was also characterised by a tendency towards abstraction – that is, not painting their subjects as they actually appeared. However, in doing so, they also created a sense of intrigue about the artist was trying to portray.

Eventually these dissenting artists became known as the Post-Impressionists, a term coined by British art critic Roger Fry in 1910 following an exhibition in London. Other artists recognised as post-impressionists include:

There is no style or manifesto of aims common to the artists but generally Post-Impressionists continued to use the vivid colours, thick application of paint and real-life subject matter favoured by the Impressionists, but were more inclined to emphasise geometric forms, to distort form for expressive effect, and to use unnatural colours.

You can see, for example, the way in which Paul Gauguin painted large areas of flat colours, whereas Georges Seurat introduced a method of ‘scientific’ painting using small dots known as Divisionalism. Cezanne played with picture planes and geometry and Van Gogh used strong colour to evoke emotion. It was period of great exploration that encouraged the idea that there was no limit to experimentation in the way in which artworks could be painted.

Post-impression provided a vital and creative link between the Impressionist revolution and the founding of all the subsequent major art movements of the 20th century, which I will be exploring further.

One of the most influential artists in the history of twentieth century painting, Paul Cézanne inspired generations of modern artists. Generally categorised as a Post-Impressionist, his unique method of building form with colour, and his analytical approach to nature influenced the art of Cubists, Fauvists, and successive generations of avant-garde artists.

This is an excerpt from my interactive online modern art appreciation program  http://www.modernartappreciation.com where you will be able to see the full context for Post-Impressionism in Modern Art, and contribute through exercises and discussion.